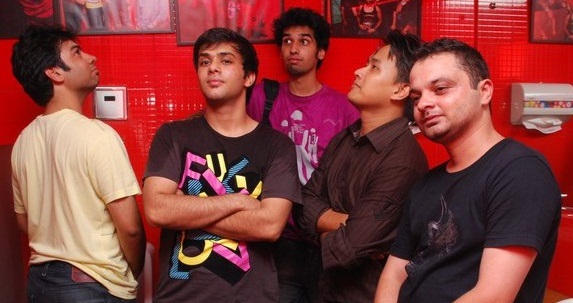 Paradigm Shift is a Funk Rock / Rock n' Roll band from Delhi formed in 2008. They realized how their outlook on music had uncanny similarities though influences were vast and varied. These fundamental commonalities helped them transcend what other bands would often stumble over. Capitalizing on this chemistry they have worked fervently to identify and hone their sound. Blending the infectiousness of funk, crunchy rock n’ roll and staccato of progressive with hints of Indian classical in a musical kaleidoscope that deftly ventures out of the realms of each. Despite their straightforward approach to composition, Paradigm Shift’s technical arsenal is singular that never alienates the listener. In fact it causes unpredictable, if not consistent bursts of head banging, violent foot tapping and vigorous cheering. With the drummer providing a bedrock foundation, the guitarists bringing forth melodic irresistibility, the bassist, unrestrained energy and the vocalist musical rapture, Paradigm Shift hopes to keep evolving with their drive and love for sound.