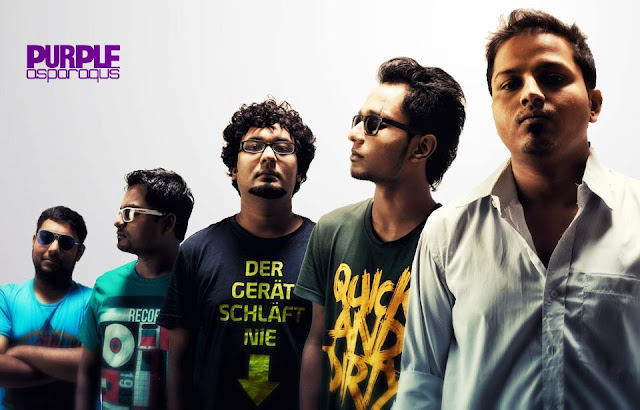 Purple Asparagus is a Rock band from Kolkata, formed in November 2009 with the intention of making original music. The band went through a couple of line-up changes in its initial stage. The band got its first big recognition after being declared as Runners up at the Kolkata Autumn Festival organized by The American Centre, Kolkata. Following this they did their first professional gig at The Basement, Kolkata followed by Someplace Else, House of Kommons and Big Ben. They broke into the national scene when they won the second prize at Mood Indigo (IIT Mumbai) and Spring Fest (IIT KGP). Along with this the band was declared as champions of the eastern zone in Channel V Launchpad. The band has headlined NIIT Durgapur cultural fest and has opened for international acts like Katatonia and Tesseract and Indian acts like Indus Creed, Still Waters and Indian Ocean.