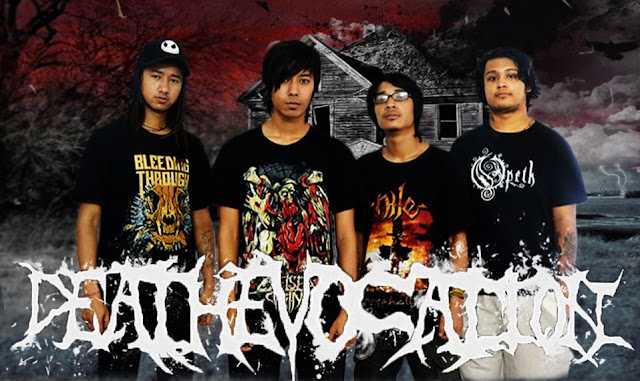 Deathevocation is a Technical Death Metal band from Kathmandu (Nepal), formed in late 2011 but presently based in Siliguri (West Bengal). The old lineup sadly didn't last long leaving only guitarist 'Abinav Thakuri' as a remaining member. The band has now settled in India with the new vocalist Vishal from Shillong, Abinav, Dechen and Sawan from Darjeeling. Their blend of progressive death and power metal with the rawness is what they call 'Progressive Death Power Metal', a new kind of sound that they came up with while experimenting.