Dischordian is an Alternative Folk-Punk band from Mumbai, formed in 2009. It started as a project of 'Split' frontman Gareth D’Mello. Their sometimes dreamy, sometimes chaotic sound has found wide appreciation among a varied group of fans, primarily on the basis of their gigs and a bunch of early, low-fi demos. Spanning multiple genres, but primarily grounded in folk, punk, and blues, Dischordian’s sound is difficult to categorise or describe. In April 2011, Dischordian released its much-awaited debut album 'The Feni Farm Riot'. The album features the more minimal, stripped down sound of the band’s early days, with arrangements consisting primarily of guitars, percussion, and trumpet. The album has received an almost universally positive response from the Indian underground scene. 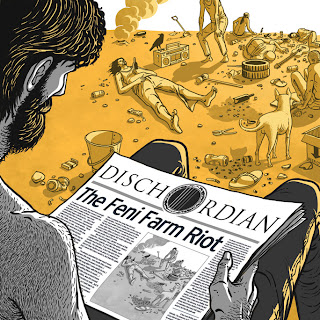