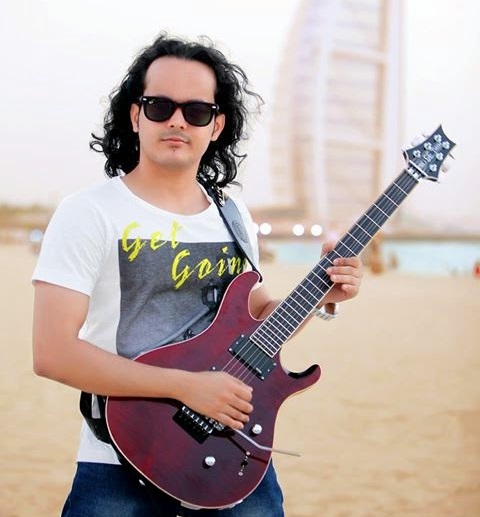 
Naveen J. Anthraper is a singer, guitarist, performer, music composer & producer. With his exceptional talent, mind-blowing performance, unique features and style he has established himself in the world of music. The success of his numerous stage shows stand testimony to his talent and showmanship. Naveen is known for mesmerizing his audience with his awesome performance – his enchanting singing, his magic with his fast fingers on the guitar and his berserk stage–acting. He has often been lauded for his ability to entertain music lovers with different styles of music ranging from rock, pop-rock, psychedelic, slow rock, melodic rock, blues, fusion and pop. Another reason why he is one of the most sought after artists, is because he takes music lovers to a different platform altogether with his fast and electrifying guitar leads. Naveen’s uncanny ability to infuse Indian scales right in the middle of heavy metal and rock numbers gives his concerts a magical charm.

1. No More Alone
2. Your Tenderness  Video