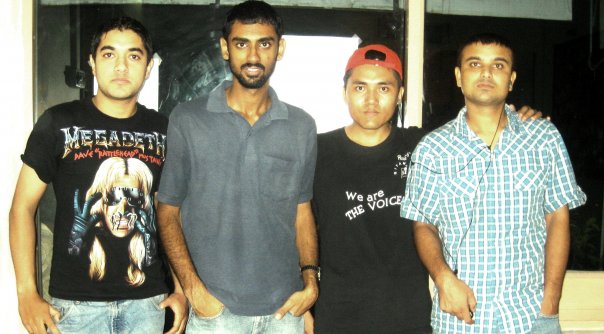 
Yagya is an Experimental Rock / Metal band from Delhi, formed in 2003 in Dehradun. The band started playing heavy music in the hope of making it famous in the state & to bring a revolution in their home town, it became the first band ever to start heavy music in the state (Uttranchal) and with a fine start the anger and urge to display their diverse musical ability became the key factor of band's continuation to serve audience of the same frequency. As the band moved to Delhi with initial success the line up issue became prominent factor of the band's fluctuating offerings with half original members being stable. Putting efforts to keep the original sound of the band became a challenge with line up changes but somehow the music continued from studio recordings to live acts. Band's sound is a reflection of the combination of different genres from Death / Thrash Metal to Acoustic / Soft Rock / Country music and result of their diverse musical taste. The original Music is the product of the experience,observation,influence,learning and feelin' which is revealed through music and that's how band's music is described as. The band disbanded in 2008.