Armament is a Thrash Metal band from Kolkata, formed in November 2011. Armament creates raw, lightning-fast, no-bullshit thrash - dedicated to all those who are driven by old school extreme metal. Straight-forward in-your-face thrash with evil riffs and crushing vocal attacks held together by a grinding bass and aggressively fast drums. The band through its scorching and desecrating live acts, shared the stage with German thrash titans 'Destruction' and Greek black metal legends 'Rotting Christ'. The band released its first EP taking thrash to the next level. 'First Strike' released on August 22nd 2015 with its razor-sharp thrash riffs had a vehement impact and it received critical acclamation globally. First strike is about the unspoken reality of the society with a little bit of history and the daily mockery of our human intellect and civilization coming into play. 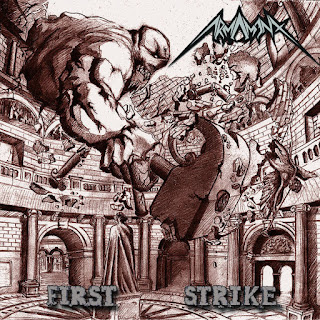