Spunk (Seedha Palaat Udhar Nautanki Kahike) is a Hard Rock band from Kolkata (now based at Mumbai). The band started as a side project by some of the members of Cynical Recess. The unique selling point of the band is that they provide an edge to old and contemporary bollywood songs, reviving them in such a way to which all sections of the audience can relate themselves to. The band is very well known for delivering power packed, high energy gigs and winning the hearts of the audience. The band gained prominence after winning the Channel [V] Launch Pad in 2012 steadily gained immense popularity throughout the country. 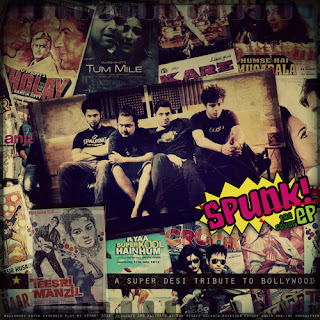