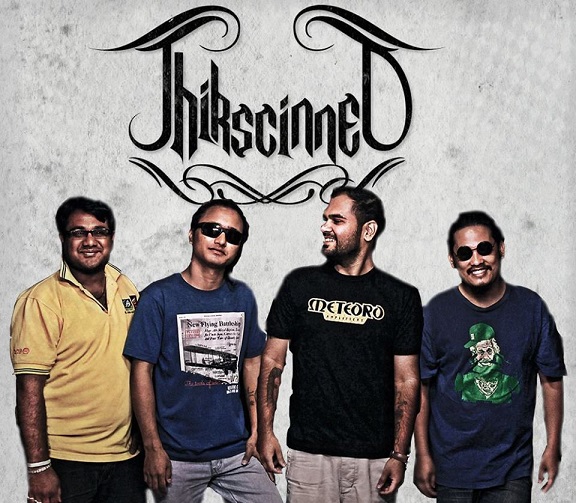 Thikscinned is a Hard Rock band from Pune, formed in September 2011. The band started rocking it in the Studios soon after they had a couple of originals done, they started recording in 2012 and the first ever gig played was the Hornbill Rock Contest in Nagaland. They also won the Converse Original Band for the Pune League.