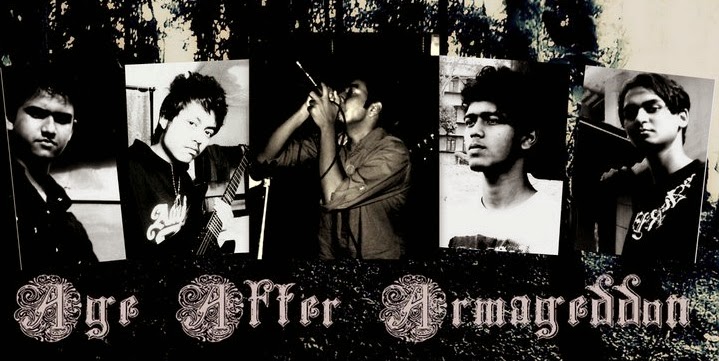 Age After Armageddon is a Melodic Death / Epic Metal Band from Guwahati (Assam), formed in September 2009. The band was formed with an aim of playing a new genre in the region influenced from Melodic Doom Metal and Folk Metal sub genres like - Viking Metal and Pagan Metal along with a pinchfull taste of Thrash metal. Since the very first days they got together, they laid more emphasis on creating a strong and unique sound.