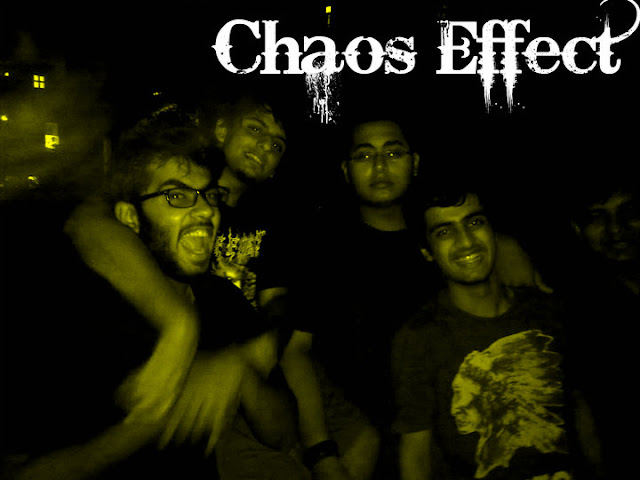 
Chaos Effect is a Metal / Chaos Core / Experimental band from Delhi, formed in 2010, when guitarist Rohan Daniel and drummer Shubhendu Jha decided to start a new project which focused on a new sound and forging a new genre altogether. Rohit Dalal joined the band as bassist and pushed the band forward with his catchy bass riffs. Anshul Takkar joined the band as a second guitarist and Sagar Arora was given the vocal duties as his vicious screams and vocals anchored and punctuated the sound of the band.cWith their blistering combination of melodic, hardcore, metal and alternative rock strains Chaos Effect is all set to create some chaos and mesmerize everyone with their effect.