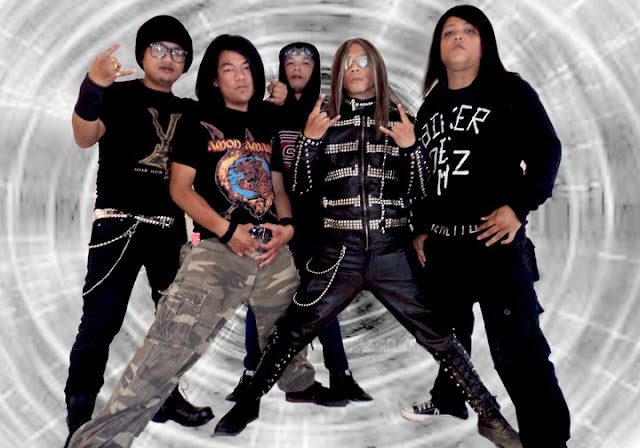 Cleave is a Progressive Metal band from Imphal (Manipur). The very name 'Cleave' is a word taken out from the context of the intellectual meaning of smashing Evil by powerful forces of music in the form of Heavy Metal Rock genre. So, the talented members of this Rock band wants to put an end to the growing sensation of using drugs and violence in the present scenario among the youngsters in the present era. So this talented union of artists, in the future hopes to see a world without violence and brutal killings of innocent people where drugs won't be able to dominate the vivid simplicity of music and make it distorted. The main purpose of the band entirely focuses on the eradication of Racial hatrednes and communal disputes which they believe is the only way to bring peace, harmony and to create oneness at such a juncture of the Old Golden Days and the 'so called' Developed Modern World. Briefly speaking, the band members want 'helping hands' from all over the glove to CLEAVE all the evils in today's society and to enjoy the powerful music of heavy metal with the band's original compositions which they guarantees will mesmerize each and everyone until and unless they don't stick to drugs and injustice. The band mainly lays emphasis on their original compositions which they firmly believe will be a clone of both classic and modern form of heavy metal genre, which they calls "Progressive Seclusion Metal".