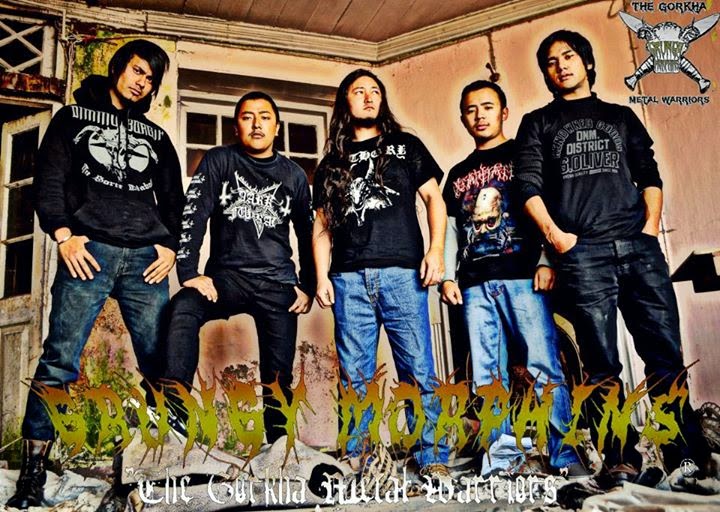 
Grungy Morphins is an Extreme Metal band from Darjeeling, formed in 2000. The band has been making the hills proud by not only winning major Rock Contest’s in and around Darjeeling but also by winning major Rock Contest’s and playing gigs all across the country and touring the whole nation headlining Gigs. Yet again in 2009 the bands track 'Darkness Without Pain' not only made the hills proud but made the whole country proud by making their appearance and being the first ever Indian Band to be featured in an International Extreme Metal Compilation Album Shrouded In Silent Omens III from Canada. The band has also given songs like “Dark-Ula” and “Dark-Ula I” in National Compilation Album like “Absolute Indian Metal” out from Mumbai and “First Mutiny – The Dogmas Of Indian Rock” out from Bangalore. Their track "I.T.N.O.T.G." is been featured in an International compilation album Wolfhound Compilation Vol. I released by Wolfhoundmetalradio. Their track "Dherai Lajj" is been featured in an International compilation album Occult Science of Metal released by "Brutal Pkhara". They have released a Cross Country Split album titled "Bonded By Brutality" featuring Grungy Morphins, Sangre (USA) and Necrocest (UK). The band has signed to a U.K. Record Label Copro records/Casket Music Label for a world-wide release of their debut album titled "Frost-Frozen Kingdom of ThunderBolts" which will be releasing soon. 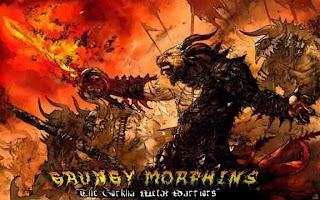 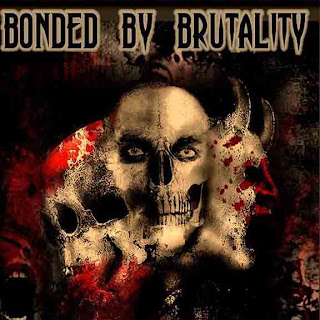