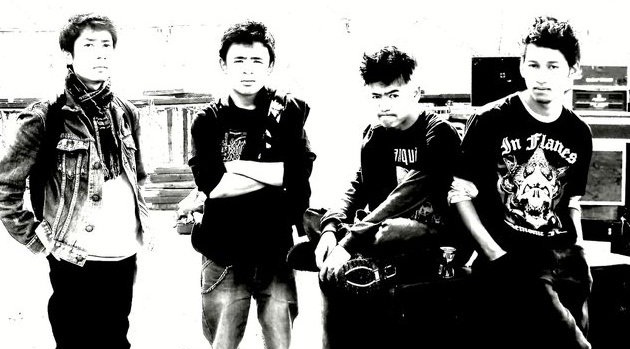 Dark Murder Scheme is a Groove Metal band from Darjeeling, formed in 2008. The band consists of ex-members of the band 'Cynthraiser' and 'Plague In Paradise'. The band was formed by Gaurav Roka and Animesh Sinha. Gaurav parted his way with the band in 2009 and he was replaced by Rishav Khawas for the bass. Dark Murder Scheme or popularly known as DMS is like a ten ton hammer on the pathetic face of mankind.

1. This Light of Darkness
2. Primal Wants of A Divine Creation
3. This Means War
4. Demons of You
5. Illusionist