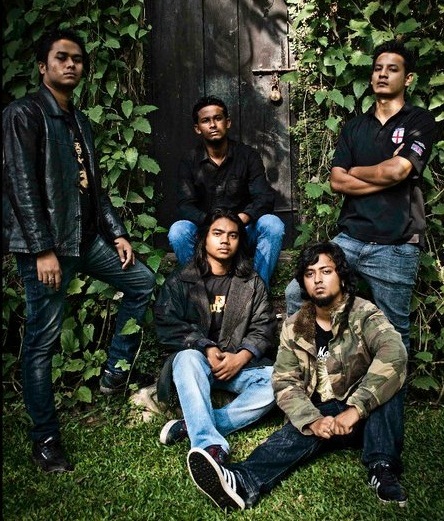 Doorstep Casket is a Experimental / Technical Metal band from Guwahati, formed in 2009 by guitarist Gitartha, along with his long time friend and vocalist Rocky has recently signed VANTAGE RECORDS. Doorstep Casket was focused from the very beginning on writing original and technically sound music with Brutal and Deathcore elements sprinkled on for added energy. Relentless intensity, sharp twists, rapid changes and fluid gear shifting make their music an essential lesson in Deathcore. Although the band hasn’t released too many originals in recent times, it’s their high energy performances and crazy stage presence combined with the quality of their sound and technique that has made them a band to watch out for in the times to come. Single track '1671' is a song based on The Saraighat War of 1671. Also the intro part of the song is taken from the last four lines of the poem "Khoraighator Dekadol" by legendary poet Jyoti Prasad Agarwala from Assam.