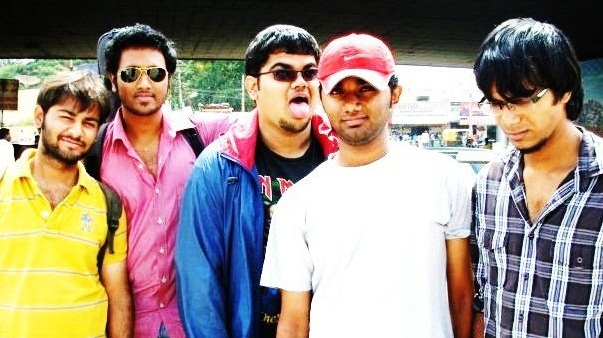 
Point Blank is a Fun Rock band from Vellore (Tamil Nadu), formed in 2009. The band has evolved from a rudimentary jam band into a group of performers who love to entertain the crowd. Point Blank believes in the power of music to unite people. They are also strong believers in the open source community and believe that their music should be free from monetary constraints. As upcoming musicians in a tumultuous rock music scene, Point Blank started off by playing in competitions and local college gigs. While many songs were initially competition oriented, over time, just like the artists themselves, their music has matured. Inspired by a plethora of genres such as Classic Rock, Blues, Progressive Metal, Pop, Reggae and even Swing, Point Blank aims to be original while drawing from these vastly intricate music styles. Experimenting with time signatures, playing styles and even guitar tones, Point Blank tries to do something new with every song. Hence, it’s difficult to classify the Band in any one genre other than Fun Rock. At the core of their music is the philosophy that if they like it they’ll play it. Each and every member of the band contributes to the music and the ultimate ‘sound’ that Point Blank makes.