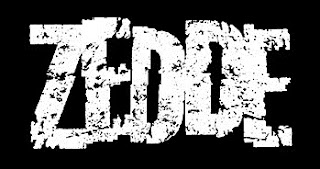 Zedde is a Rock band from Mumbai, formed in mid 2008. With their incendiary riffs, searing vocals, electric drill machine guitar solos, and slamming hard rock grooves, Zedde is not exactly the ‘nice’ band for the fainthearted. This is a band that enjoys the notoriety for ripping every stage that comes their way. College festivals, night clubs, radio stations, TV studios, award functions – they’ve done it all. But behind those hard exteriors, lie four tender souls who believe in miracles, superstitions, love, and kindness as the music video of their first single ‘Mumbai’ testifies. ‘Mumbai’ won the prestigious ‘Anthem of the Year’ title at the world’s largest indie music awards: AVIMA 2010. The video for the song frequented all popular music channels, including VH1 and MTV India, and climbed to #1 on the YouTube India charts within 24 hours of upload. The ‘Best Band’ at ArtistAloud.com Awards 2010 and the regional championship at the Hard Rock Rising 2012 challenge followed. As part of Hard Rock Rising 2012, Zedde made it to the top 10 from amongst 12,000 bands worldwide. Additionally, Zedde boasts the highest number of ‘favorites’ on RadioFlote and the highest number of ‘caller tune activations’ via ArtistAloud.com for the category ‘rock’. The urge to make original music and the undying passion to perform live is what keeps them going.