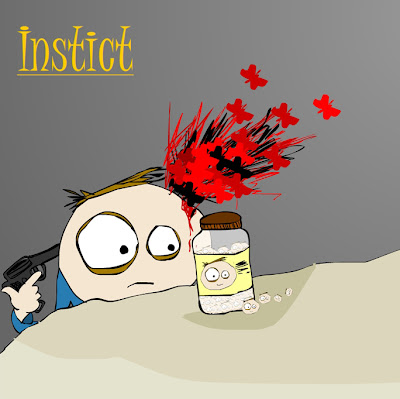 Asshole (formerly known as 'Grossing Decency') was a Punk Rock band from Mumbai, formed in April 2004. The band's original lineup comprised Neville Colaco (bass), Charles Pennefather (guitars/backing vocals), Kyle Bryganza (drums) and Leon Almeida (vocals). Colaco and Pennefather left the band citing creative differences and began performing under the name Grossing Decency, while Almeida and Bryganza employed the duties of Tripwire members Ameya and Sagar and continued Asshole for a few gigs before the band split. The original lineup composed two songs ‘Fishy Thoughts’ and ‘I Hammered My Dad Until He Was Dead’. This song ‘I Hammered My Dad Until He Was Dead’ is based on a true event in which Leon’s close friend Nitesh Bhole killed his father along with four other people including his mother and wife and then absconded. Asshole along with Tripwire members composed a few other tracks ‘Sold To A Whore’, ‘Everything Sucks’ and ‘Hypocrite & Bitch’ which they performed at a gig called Planet Terrace.

2. I Hammered My Dad Until He Was Dead