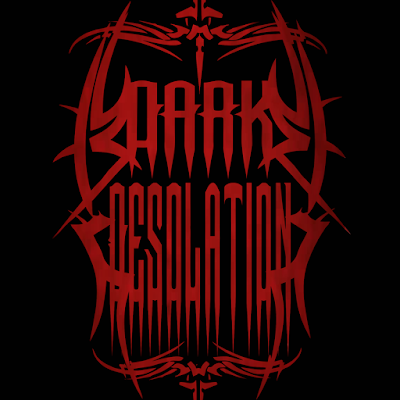 Dark Desolation is a Black Metal from Bangalore, formed in July 2010. Unarguably Dark Desolation has emerged to be the most vehement black metal outfit to have ever emerged from India. The band becomes the first from India to ever get associated to the world's best underground label entitled 'Salute Records' from Scandinavia. Immense international exposure is what Dark Desolation strongly aims at and were constantly featured in compilations across Europe to begin with. The band then was also featured in a podcast alongside Dimmu Borgir within a few months after formation and winning several other radio appearances and compilations across USA, UK, and many more. In the year 2011 Dark Desolation raised eyebrows of all critics across the country becoming the first ever Indian band to get featured on the prestigious 'Metal Hammer' compilation CD alongside bands like Sepultura, Trivium, Decapitated, All Shall Perish, Rise To Remain and many more. The band spent time in crafting their debut demo album consisting 5 tracks which includes a tribute to 'Dark Funeral' that was released worldwide by Scandinavian label, Salute Records. The band personally received an acclaim for their cover of a track from the mighty Polish Black Metal Band 'Besatt'. The band kept conquering stages and destroying everything in sight with ultra tight razor sharp live performances. Dark Desolation continues to wave the flag of India in the international scene becoming the first Indian band to land endorsement deals with some of the biggest brands like Bc Rich Guitars, Railhammer Pickups, Blackstar Amplification, Sit Strings, In Tune Guitar Plectrums, Big Bends, Guitar - cable, guitar - gifts, Mental Case, Soultone Cymbals, Maxon Pedals, Emma Electronics, Twa Flyboy pedals, Charlies Pedalboards, Morley pedals becoming the most endorsed band to ever emerge from the Indian soil. In Dec. 2014, the band Unleashes their highly acclaimed 'Slaytanic Warfare' A Tribute To Jeff Hanneman single to pay respect to the legendary guitarist. The band also wins the best Asian breakthrough metal band of 2014 awarded by 'Global Metal Apocalypse'. Dark Desolation is known for delivering the most aggressive live performances ever witnessed by an Indian band thereby acquiring the title of the bands sound known as 'Unapolegic ferocity' by critics. 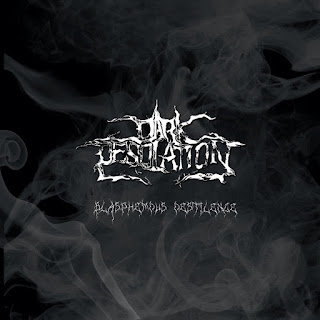