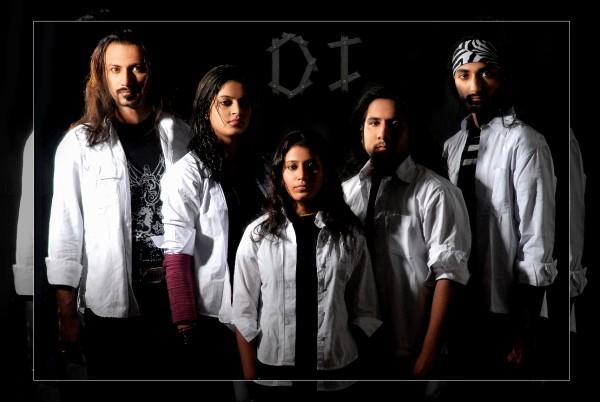 De Innovatives is a Rock band from Chandigarh, formed in June 2004 that truly sounds different than the rest, if you go through their blend of music and obviously their lyrics. Due to their extra-ordinary, the band is being counted among the some of the upcoming underground rock bands in the Delhi circuit. Keeping innovation as the main criteria and splattering music, the band has covered a long journey. The band is pretty much determined that 'Rock' is the only genre of music that can put "Life in to Rocks". Just imagine what it can do to humans, the most superior life form on earth! The band stood on the centre stage for the very first time performing live on June 14th 2004 in the annual function of their own college (Chandigarh Engineering College, Sector – 26, Chandigarh) and  rest their history speaks it all. The band has always tried to cultivate some soul original music by experimenting and keeping absence of uniformity, as rock delivers freedom to express. Every member of the band comes from a professional background in each stream of music which they were affectionated, which resulted all of them together as "DE INNOVATIVES". Sometimes, the band even tries to quench the thirst of many of the rocker’s spirits by adding spice to the boundless  immortal form of Rock music. They believe that, a real performance is like a multi-cuisine with components like Pure Rock, Blues Rock, Contemporary Rock, Fusion Rock, Alternative Rock and some Hard Rock and some METAL too. The band prophesizes strictly in Western music stressing mainly on Rock genre with a versatile range of music. The band stands with their dedication towards music and this is clearly outlined in their debut album, which is in the making.

1. A Common Man
2. Kelvin Getting Wasted