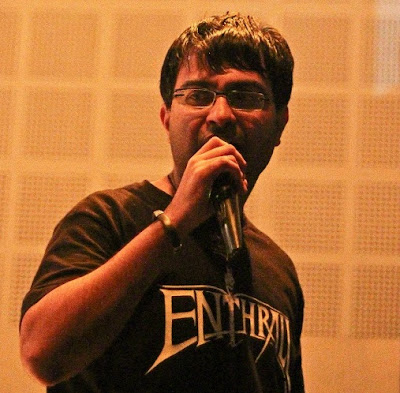 
Enthrall is a Progressive Metal band from Bangalore, formed in 1995. Now he band has become a solo project. Between 1995-1999, the band had amongst themselves child prodigies, who learned their way about handling their individual music instruments to a great degree fueled by their common influences, they set out to play at several esteemed contests at the various cultural festivals organized by the colleges in Bangalore. One of the few bands to innovate & come out of the cover’ circa to play originals, their 1st original was a riff-static blazing composition, simply titled "David & Goliath". Due to the normal expectation within Indian culture, to carve out a path in academics & then attaining jobs, the band went on hiatus from 2000-2001, resurfacing with a new line-up in 2002. Along with the 3 original members, namely Neil, Vishal & Naveen, the band were joined by Pranav & Arjun. Their sound was now infused with the elements of Progressive Metal & Old School Metal, that proved to be a lethal combination, mesmerizing music fans at the shows they played in the college/pro circuit. This line-up had explored boundaries of Rock & metal music like never before. Their dazzling array of originals sound found a place in a debut album, which they completed at the end of 2004, which was titled "Infernal Horizon". The songs on the album, which included hits like 'Tantzalizing Maiden' & 'Wicked Stand' were perched among the top 10 list of several indepnedent Metal Internet Radio charts. They were also featured on a program called “Space Harmonics” which was part of the now defunct local called Real estate TV. In 2009, after all the blood, sweat & tears & with the optimism & drive of Neil, the band landed a record deal with an Independent Record Label in Greece called Metalfighters. The style of the band encompasses a Progressive Rock/Metal aura. Over the years they have garnered a unique, captivating sound. Enthrall is now the solo project of songwriter and composer Neil Rego. 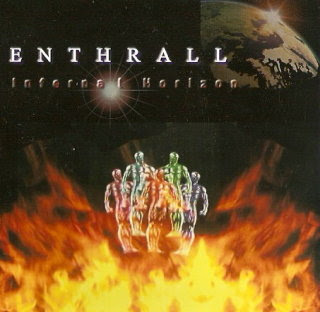 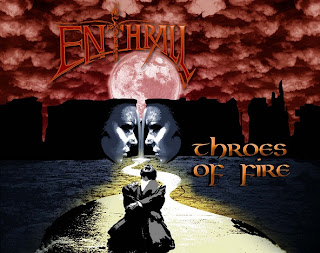