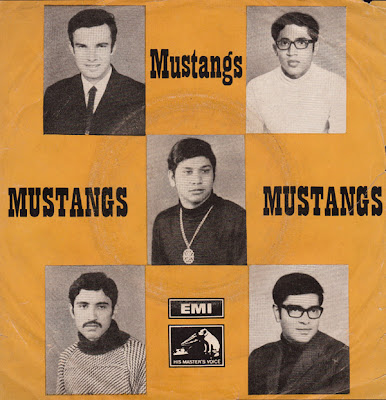 The Mustangs is a Rock band from Madras (Now Chennai), formed in 1965 and disbanded after 4 years. They were one of the most popular groups in India from 1965 to 1968. They played mainly instrumental surf numbers but gradually included vocals. They drew followers from across the country with their feisty brand of music, incorporating surf, blues and rock. They all studied in colleges in Madras and played to fans who were mainly from the schools and colleges of Madras. They even came out with the first Western LP in India, in association with HMV. In 1968 they released 2 records (45 RPM) for HMV. The first record consist 'Escape' and 'Theme from the movie - Gonks Go Beat' & the second record was an extended play consist 'Love Is Blue & Lies' and 'Nina's Theme & Summer Wine'. Derek, George, Kittu, Paddy and Haroon got back together for a reunion jam session in Madras (Chennai) and Bangalore in Jan 2010 after 45 years (then their average age is around 65). 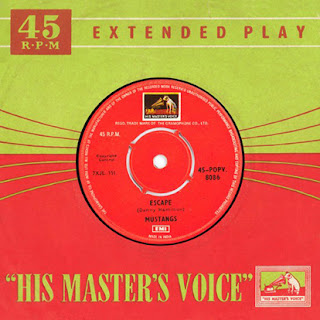