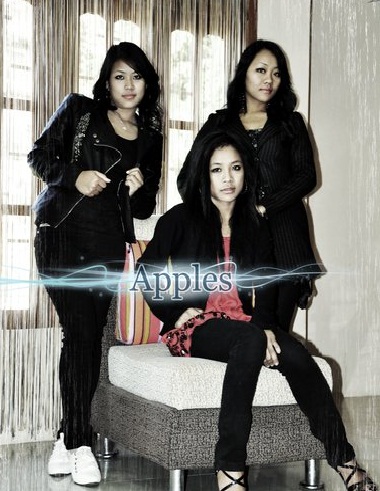 
Apples is a Rock N Roll all girl band from Aizawl (Mizoram), formed in October 2007. The bands main principle is to produce commercial and semi-commercial music taste of our community and has taken an initiative to target every aspect of the market with the songs in their arsenal. The Bands Musical influence range from different styles from Rock N Roll, Blues, Alternative and Hard Rock. The band is highly active in their home town and North East India playing several gigs and also had a show with bands like Boomarang, Magdalene, Shades of Retribution, Parikrama and a drummer from Berklee College of Music 'Jovol Bam Bam Bell' etc.