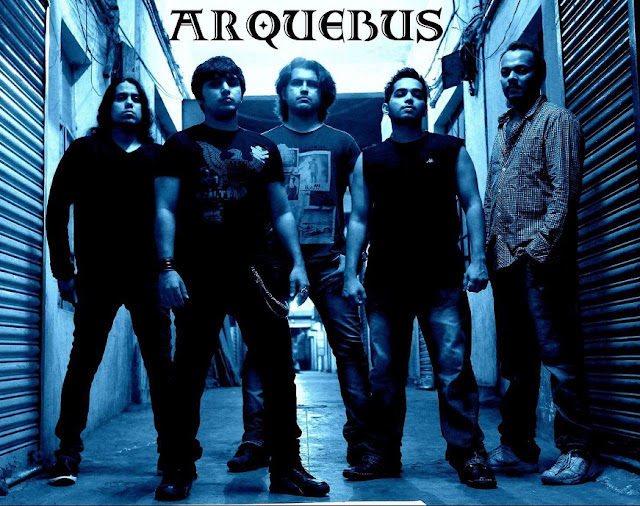 Arquebus is a Hard Rock band from Mumbai, formed in 2010. The band was born as a result of the coming together of a bunch of extremely talented musicians, inspired by Pradeep from the extreme metal band Infernal Wrath, who had a long dream of forming a bad ass rock n roll band. The band is a blend of Hard Rock with a dash of Post Alternative and with a bit of contemporary music thrown in to give you music that will blow your minds off. The music reflects the band members' insatiable hunger for melody accompanied by ruthless desire for aggressive fast paced beats (of the skin-basher Nandan) along with a dynamic vocal pattern of Saurav. All this together with loud guitar riffs & solos of Pradeep & Amnish that will rush like adrenaline out of stereo and slap you hard on the face leaving you asking for more. And to complete this awesome recipe of killer hard rock music there's Ameya on the bass & Isaac on keyboards.