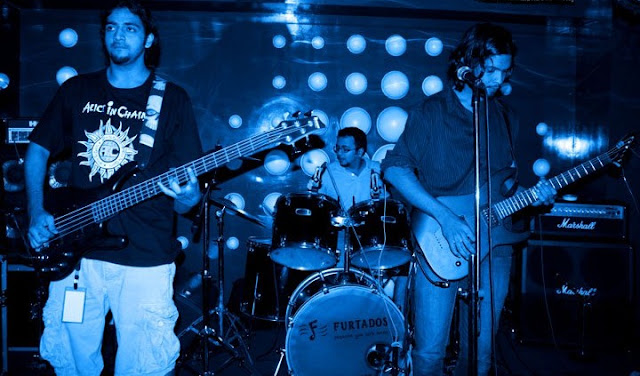 
Artificial Red is an Alternative / Stoner Rock band from Mumbai. The band is heavily influenced by 'Grunge' and 'Alternative' styles of music. It's three members jam together every now and then and are intent on making a contribution to the local indie scene and wherever it takes them from there. They are currently working on recording the material written during jam sessions and hope to keep playing to new audiences until one of them quits or gets too old. The track 'Human Theory' was featured in a compilation album 'Stupid Ditties III' along with other 20 Indian bands.