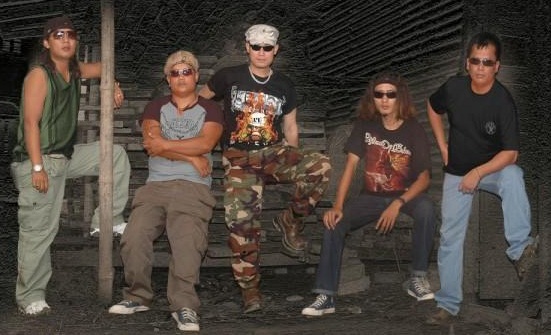 
Eastern Dark is a Rock band from Imphal (Manipur), formed in 1996 basically by Lokesh Heishnam. The band first started under the name "Psychopaths in 1991 which was a cover band and did few successful gigs. After they changed their name to 5 Zenith but due to other career problems the band disbanded and formed as Eastern Dark. After many trials and errors, in 1997 they released their debut music album "The Monkey Lies" consisting 8 self composed numbers at a self proclaimed sci-fi local studio of the time called 'Royal Sound' in Imphal. But due to the objectionable nature of their lyrics and music, the law keepers along with some law breakers banned the album and destroyed all the available copies of the album along with its master copies, without an official proclamation to state the reason. Again in 2001 the band released their second album titled "Kangdroom - Monkey Truth" recorded at Shallow River, engineered by Sunil Loitongbam, the ultimate mixing works was handed over to one Johny XL of 'XL Studio', Imphal, a resourcefully extraordinary young sound engineer. This ability to perform in both language English as well as Meiteilon makes the band rather unique giving them a two edged ability. Their third album titled "Kangjei" was scheduled to be released in 2009.