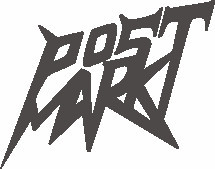 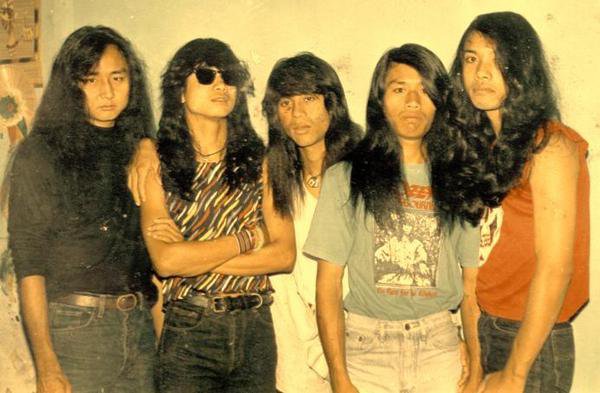 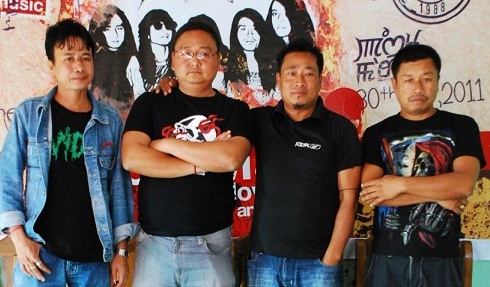 Post Mark is one of the pioneer Thrash / Heavy Metal band from Imphal, Manipur, formed in 1988. Originated under the band name "Death's Guitar", which comprised mainly of covers of well-known hard-rock/metal bands, the band’s philosophy of playing covers being a kin to stealing talent drove them on to a journey to discover their own sound. In 1989, they rechristened themselves to 'Post Mark' and released an album called "Stamp On You". That is perhaps India’s first Classic Thrash Metal / Old School Metal album released. The term 'Post Mark' means an official seal printed over a postage stamp, which validates the stamp and records the date and place of mailing also in the process precluding its further use. Post Mark’s performances were a ‘satisfaction-guaranteed’ package for those who embraced heavy metal. Apart from licks, grooves and chops, they also delivered excellent showmanship. During their performances, as a substitute for smoke machines they burnt 'mekruk' (resin that when burnt released fragrant smoke, which are normally used during religious worship). They wore the heavy metal attitude on their sleeves. They lived it – and it was expressed through their powerful stage presence and raw energy with which they belted out songs on-stage. The song 'Soar High' was written to the beat of Thabal Chongba (a popular Manipuri dance). The song 'It's so funny' is folk-metal, it was based on ethnic music played during indigenous dances and festivals like Kabui Jagoi (dance of the Kabuis). Ras Leela(dance of the Hindus) and Lai Harouba (dance of the Meiteis). A soft ballad called 'Epilogue' that incorporates the sound of a sitar illustrates their musical prowess over a wide spectrum of musical genres. The band members knew at the time of releasing ‘Stamp on you’ that the chances of a heavy metal album making it big in India at that time were slim. They refused to compromise with their sound and wrote the kind of music they loved, recorded an album, and preferred to remain as a metal band – no matter how small their audience would be, no matter how much money they would make (or rather not make) from their album. The sheer grit and passion of the band made them release Manipur's first ever thrash metal folk fusion album. Post Mark’s attempt to do the unusual to the point of being ridiculed at the time should be an inspiration to local musicians who have an inner voice that wants to be heard. One of the last shows performed by Post Mark was in 1996 in Mumbai after which the band lay dormant. The legacy of Post Mark lives on. 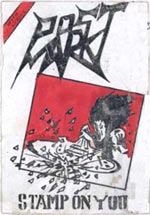