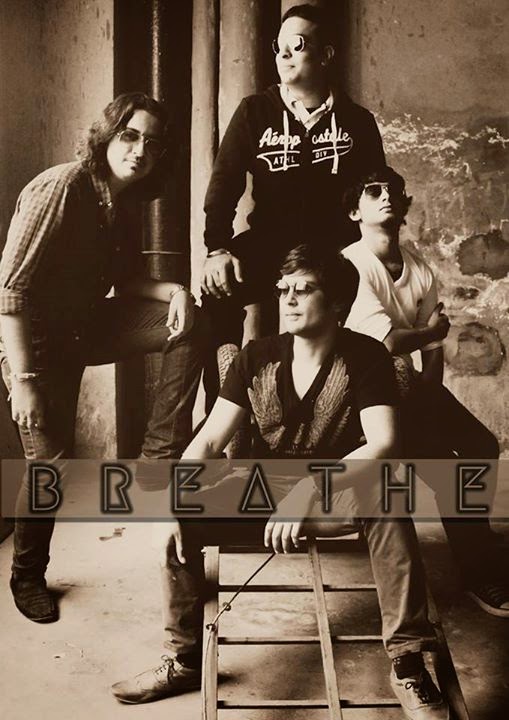 Breathe is a Hard Rock band from Delhi, formed in 2012. The band was a brainchild of the founding members Ishaan Sharma and Abhinav Gupta who used it as a platform of expression. The sound and members of the band have constantly evolved over a period of years, each member brings a unique element to the sound. Their music is an amalgamation of various genres such as Hard Rock, Grunge, Blues and Classic Rock yet the band brings in a layer of originality and unique style to add on to the existing cocktail of music.