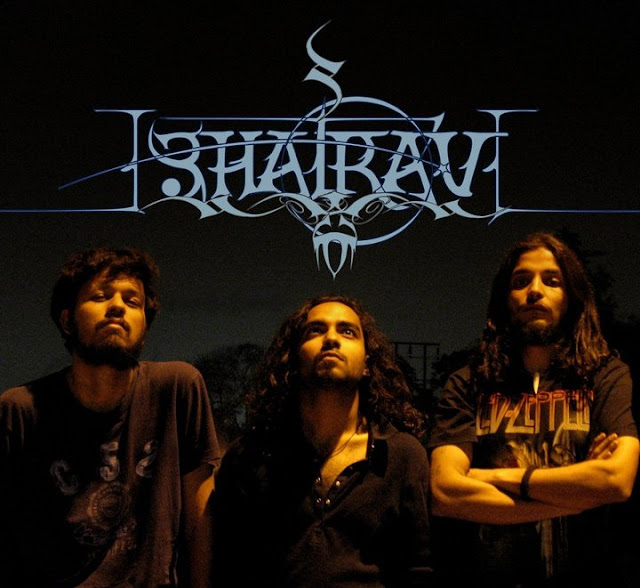 
Bhairav is a Vedic Metal band from Delhi, formed in 2009. The band is fueled by extreme reverence for Lord Shiva and immense ardour for Old School Metal music. Extolling the virtues of Vedic philosophy and integrating those into a contemporary metal articulation, the band evinces a discernible novelty in their approach towards the otherwise so popular form of music. The torchbearers of Vedic Metal in India, Bhairav brings round Vedic Metal in line with classical Thrash/Extreme metal scene of the 80's, as laid down by famed mammoths like Slayer, Kreator, Sepultura, Metallica, Megadeth, Sodom, Holy Moses, Coroner, Exumer etc. Lyrically, the band is magnetized by various concepts of Vedic philosophy and many aspects of Indian mythology, which seem to perfectly blend in a style of music as heavy as theirs. The name itself signifies the band's roots, as ‘Bhairav’ is one of the Indian classical raagas, as well as the name of the fiercest manifestation of Lord Shiva.