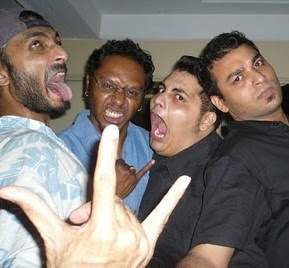 
Helga's Fun Castle is an Alternative Rock Band from Mumbai, formed in November 2004. They came into the circuit as a jam band, hitting stages completely unrehearsed with most of their set, and made up songs right there on stage at a gig. The band comprises of Siddharth Coutto (also drummer of Zero), Meghashyam (ex-guitarist of Acquired Funk Syndrome, Zero Guitar player), Gino Banks and Johan Pais (ex-Vicious circle). It's a mini 'supergroup' with seasoned musicians in it. HFC was formed by Siddharth, drummer of the popular Mumbai based band Zero, to fulfill his singing desires and mainly because he was bored of being on stage behind the drums all the time.  Helga’s Fun Castle claim to fame was their first round auditions at Channel V's Launchpad where they were put on stage by the judges and asked to make an on-the-spot original composition.  Since then,  Helga’s Fun Castle has gone on to win three competitions, had a bit of exposure on television and went on a song-writing spree through the summer which culminated in the recording of their album, which is getting rave reviews from the entire rock circuit at large. 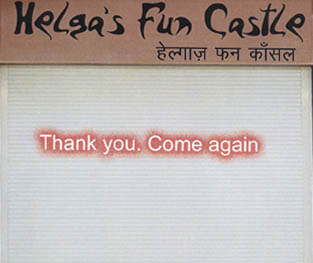