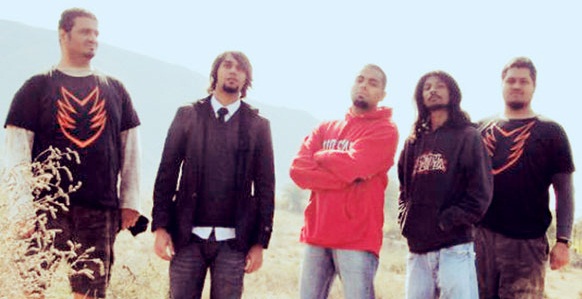 
Lycanthropia is a Metalcore / Thrashcore band from Delhi, formed in 2007. The name of the band - 'Lycanthropia', is an actual psychological disorder, infected by which the victim hallucinates that he is a werewolf. It has also been linked with the mythical ability to transform oneself at will into a werewolf. The word was found in John Webster’s Jacobean Tragedy 'The Duchess of Malfi'. The philosophy behind adopting this name for the band is that, while playing, the limitations posed by social orders or by any institution cease to exist, as their music makes them transcend into a different level of subconscious where these constraints are unnecessary, as well as superfluous. Similarly, everyone in the audience is “infected” by their music and while Lycanthropia is playing, he/she acquires an individual identity which is more than that imposed upon him/her by this hypocritical, corrupt and constricting society. Essentially a Metalcore act with death metal influences, the band has never found it fulfilling to limit itself to just one genre – given the facts that firstly, all the 5 members have a well developed taste in different genres and secondly, the band likes to experiment more with the music in the creative process. The band has emphasized on creating original compositions rather than doing covers, because OCs give them a chance to utlise the skills and creativities in their own measured, or sometimes extravagant ways. Their compositions vary in sound, progressions and technicality from Metal to Thrash to Death with a melodic overtone and even sometimes acoustic interjections – some tracks make you want to crack your neck while headbanging, and others still make you want to crack others’ skulls while moshing, albeit every track fills one with new energy and passion – that is the INFECTION of Lycanthropia.