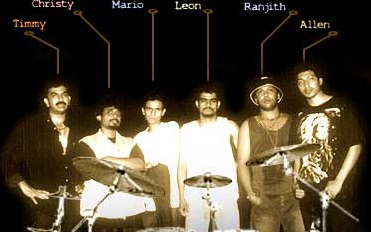 Moksha is a Rock band from Chennai, formed in November 1995. Arguably the biggest '90s rock act in the country. They have also played a role in establishing the genre itself in India. Unlike most Indian rock groups, Moksha has written some original songs in addition to the covers they perform. Moksha was also the only Asian group to perform for the Iron Maiden tribute album Children of The Damned. They followed this by being featured on a Metallica Tribute album Phantom Lords, they had two songs listed, the first being an original composition 'Dine with The Devil' and other a cover 'The Four Horsemen'. On Dec 18, 2006, the lead singer of the band, Leon Ireland, died due to a massive cardiac arrest in the early hours of the morning. Ireland, who was married, was neither a smoker nor an alcohol drinker but suffered from Asthma. On March 17th 2007, when Iron Maiden was performing for the first time in India in Bangalore, Bruce Dickinson dedicated the song 'Wrathchild' in Leon's memory. The band was interviewed live on radio in the UK, and requests for articles and press releases followed. A video of their ballad ‘Stay’ was aired on MTV. 2016, was the 10th death anniversary of Moksha's singer Leon Ireland and Moksha had a reunion concert in Chennai. Band members flew in from across the globe to reunite and perform at the tribute concert. 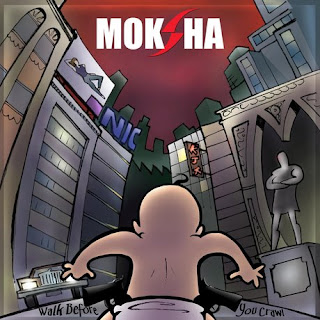 
Click Here To Listen/Download The Tracks
Posted by Siddharth Pradhan