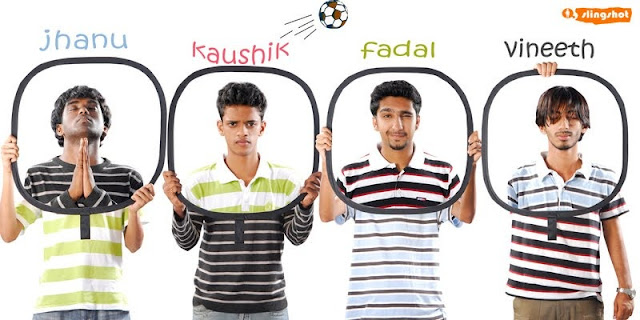 Slingshot is an Alternative Rock band from Calicut, formed in 2006. Four trains of thought hurtling down the track, seeking the light at the end of the tunnel. This resulted in a genre of music which the band sums up as 'Folk influenced funk sex rock'. The genre conjures up band names which pay homage to an art form which has been perfected over the ages. But, as the band's faith is firmly entrenched in the philosophy of Zen, they decided to keep it simple. They christened themselves Slingshot.