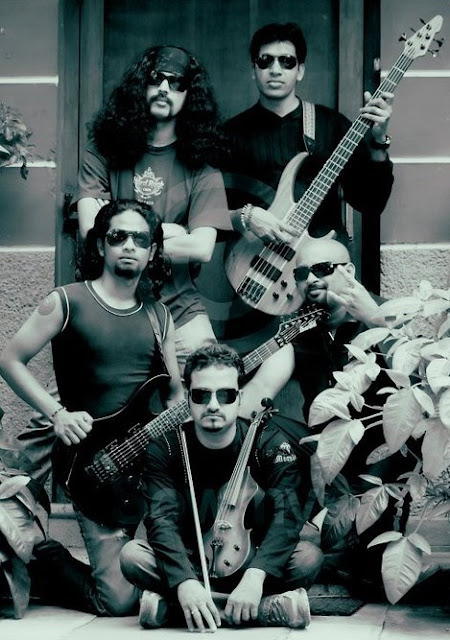 
Vinapra is a Hindi Rock band from Bangalore, formed sometime in 2001. The resonance of rage and the roar of rebellion, Vinapra is an Indian band born out of the desire to speak out, be heard, and maybe one day, understood. A band with music that moves, and words that inspire, Vinapra believes in the ardent pursuit of change, from facets of varied witnessed events, to the very music they play. A rock band, with that little bit of Indianness, Vinapra plays music that can be hard hitting and soul stirring at the same time. Combining the rebellious and heavy nature of rock with the usually soothing undertones of Indian classical, which explode from their sedated state of calm, only to produce music unbelievably powerful in form and impact. A blend of rock and Indian, Vinapra’s music is the charged display of the past, present and the future. By bringing together different forms of music to create an engaging mix of rock infused with traditional forms of music, Vinapra sees to be a bold new face of music in India. Vinapra’s music comes from what they see. Corruption, a loss of a friend, love and other emotions are captured, and are the essence of its music. Vinapra’s music has undergone constant change. Bringing different instruments into the fray and trying out new styles are however a mainstay. Vinapra’s on-stage exploits have always been a talking point with power charged and electrifying performances. And it is the sheer energy levels displayed by the band that take them to a whole new plane. In between all this “Dharti” got selected for the Tsunami relief album “Asha wali dhoop” along with the biggies of the music industry from Ustad Zakir Hussain, Shankar Mahadevan, Ali Azmat, Ustad Sultan khan etc. Being featured alongside with the greats of the music industry was Vinapra’s first big exposure on a national level. The album was released in 2007 by Crescendo music Pvt. Ltd. Comprising nine songs, the self titled album consists of themes and songs inspired and based on real-life events which members of the band may have witnessed. From child labor, the passing-away of a friend, politics, underprivileged children to war, Vinapra’s music captures the essence of it all. Thus its music speaks of real facts rather than fiction. 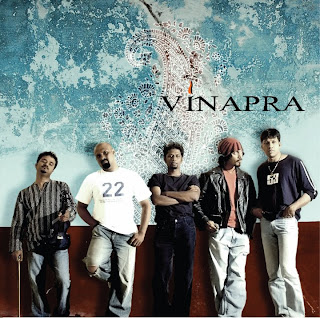