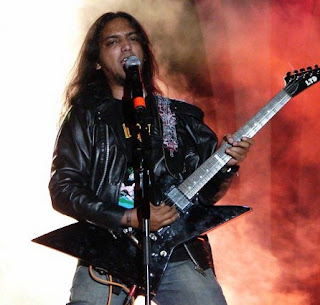 Aeons of Sorrow is a Doom Metal / Ambient band from Bangalore, Karnataka, formed in 2005. The band is a sole project of Nolan Lewis (Kryptos) and is hypnotic and highly atmospheric funeral doom with soul crushing soundscapes of inner desolation. A self titled demo was released in 2005 through Cursed Creation Records (Sweden). 1. The Derelict
2. Aeons of Sorrow
3. Through Winters Woods
4. Forlorn  YouTube

1. The Fields of Woe Neverending  Mp3