Black Blood is a Brutal Death Metal band from Bangalore, Karnataka, formed in 2005. Even though mainly influenced by bands such as Nile, Immolation and many black metal and grindcore bands this influence is not visible in their music. They just set out to creat someting that is of their own and sticking to old school style. 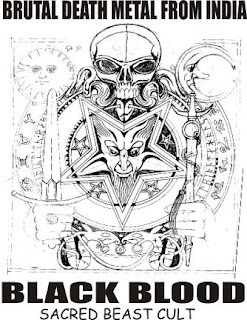 1. HeadHunter
2. BloodBath
3. Downfall of The Gods