Conflicting Theories is a Grindcore band from Bangalore, formed in 1999. Now, with steady advancements in physicism, including the mass recognition of a prominent feature in existence known as consciousness (as well as the consideration of its source, a unitary particle of energy commonly known amongst theologians as the "soul"), they, the three individuals responsible for the mess known as Conflicting Theories have been re-awakened and cornered into facing not only each other, but themselves. Their record may (or may not) be in the process of having a massive overhaul in frequencies and compression by a secular master, with the intent of capturing it on the ancient format of binary-imprinted foil encrypted betwixt plates of glass, then replicated on cheap plastic facsimiles of their origin. Conflicting Theories are active again after a hiatus of four years. 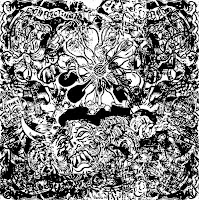