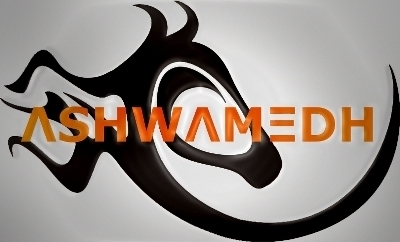 Ashwamedh is a Hindi Rock band from Pune. Redefining the boundaries of Hindi Rock and defining an unprecedented sound for the masses, was the sole aim with which ‘Ashwamedh’ was formed. Bringing home a heady mix of Indian Classical, Funk, Hard Rock and Metal, we choose not to restrict ourselves to any particular genre. The name 'Ashwamedh' has been derived from the ancient custom of 'Ashwamedh Yagna' where the sacred horse runs to the limits to determine the boundaries of the king's newly acquired kingdom. Similarly, with a rabidly increasing and fiercely loyal fan following, we believe our music is the emperor and we shall serve by defining newer boundaries for it.