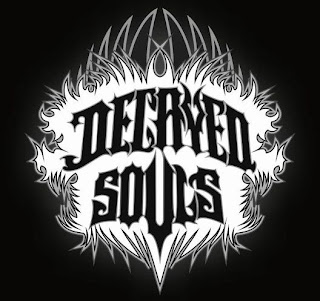 Decayed Souls is a Melodic Death Metal band from Ahmedabad, Gujarat, formed on Satan's Day (ie. 6th of July) in 2008. They began with many ups and downs in their line up, but they hung in there, practiced hard and evolved. They started off by playing a genre of music that was never heard in Ahmedabad before. Soon, Decayed Souls became synonymous with Melodic Death Metal in Gujarat. Their style of music generally focuses on the darker side of human mind and political influences. Their sound ranges from melodic compositions to brutal headbanging and also expands to wide experimentation that makes the band really unique.  It started off by delivering mind-blasting performances and playing songs nobody can expect to be played in a metal-dry city. The band won the SFM On-Air Rock Band Competition and headlined a metal gig called Moshpit '09. They have featured in a digital compilation "A Sound Relief : In Aid of The Vicims of Typhoon Ondoy Vol.1" as one of the twenty-five artists from all over the world for providing funds to the people affected by the flood Ondoy in Manila, Phillipines, organized by Voize. Decayed Souls is the only band from Gujarat to have bagged a record deal from Six Inch Nails Records.