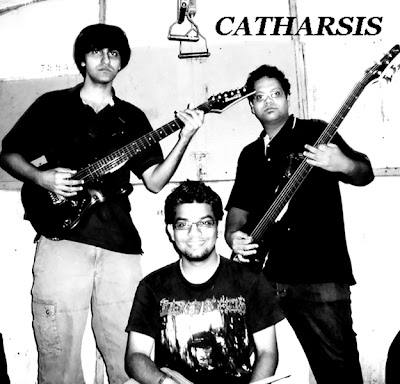 Catharsis is a Thrash Metal band from Thane, Mumbai. They materialized for the sole aim of creating and promoting original music. Another major factor which contributed to the formation of Catharsis is the lack of a music scene in Thane, which is beyond fathomable as there isn’t a paucity of music enthusiasts in their area. It is their endeavor, to kick start the music scene in Thane by playing shows around the city and placing Thane in the Mumbai music marker. The band came into existence after Rahul Ramesh accomplished the originals on guitars and vocals but needed like-minded musicians to complete the same. With Sagar Joshi and Sumeet Ninawe Catharsis hopes to become a unique metal band and gradually be synonymous with Thane!