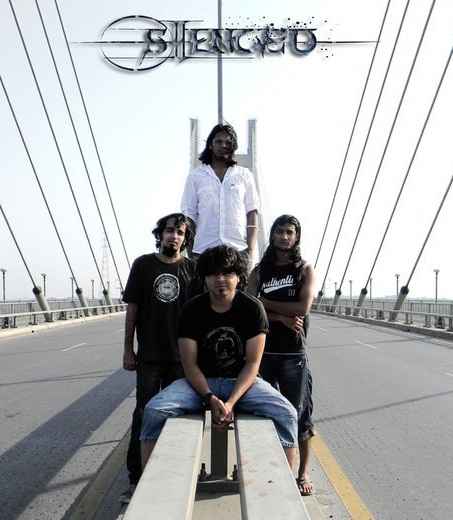 
Silenced is a Heavy Metal / Nu-Metal band from Allahabad, Uttar Pradesh, formed in 2006. Based in a town where there has hardly been a Rock Scene and never a Metal Scene, life was not easy and the band initially struggled due to lack of gigs, resources, support and Line Up changes since it’s formation. They played their debut Gig at IIIT Allahabad’s Annual Rock Competition “Incendiary” in 2006 and won “Best Band”. The line-up which took them to the most success finally took shape in Mid-2008. Since then, they have come a long way and have performed in every major college in the city and have since moved on to bigger competetions outside the city such as "Mary Jane Green Fields" - IIT Roorkee, Battle Rock Solid - Lucknow, "RAGE 2K9" - Lucknow. Initially standing out due to their cover of bands such as "SlipKnoT", "Mudvayne" and "Lamb of God". Silenced are now dominantly known for their Unique “Metalcore / Alternative Metal” sound in their Originals Compositions.

1. Thorns At The Gate