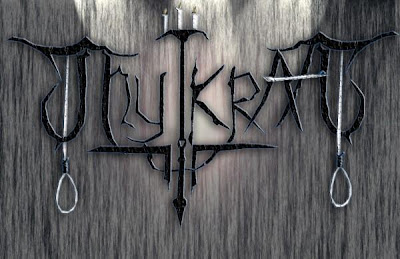 Thy Kraft is an Alternative / Metal band from Bhopal, formed in the month of July 2008. "Thy Kraft", meaning Thy Force. The band originated with a dream to find more about themselves what they are! With a passion to spread their word throughout the world! Within just 3 months of the formation of the band, the passion of every member has proved the words “Consider every jam as a performance and every performance a jam". Than band decided to record their debut album to show the world their words. Thy kraft tried spreading its words in regional competitions, pub fest and colleges of the city of Bhopal , Indore, Gujarat, Pune, Mumbai , Delhi n many more. Thy Kraft opened the National Youth Festival “Aarohan, 2008” which is held in Indore every year. Trying to make it big on the national stages and carrying the torch of metal outside the city. Thy Kraft has taken the responsibility to take itself not just at the height of music but at the height of its thinking, culture and passion. The bands debut upcoming EP titled "Jalapeno, You And Life" is been recorded at MAANAS RECORDING STUDIO by Siddharth Parashar which is all about finding what you are and what you should be. This is kind of self-empowerment. The is the thing why the band has also been formed, to find more about themselves. Commented Gus Guitara (Lead Guitarist), "Music is a thing which has its own language. Every person understand it in a different way and that's what is music. A real music have infinite meanings. Our feel to our music may be different from others but they all meet up at single end which is called Jalapeno, You And Life and this what Jalapeno, You And Life is all about."