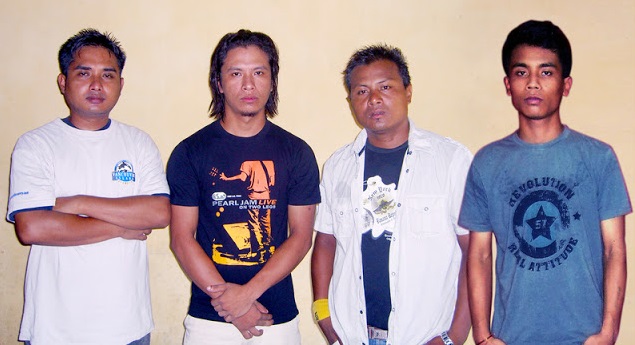 Dima Project is a Rock / Blues / Experimental band from Dimapur, Nagaland, formed by Heeru Thaosen, Benjamin Langthasa and Bytu Khemprai in the mid 2008 and their lyrics are in Dimasa language. The band is an interesting amalgam of Rock, 80’s pop and Nu-age acoustic/blues elements. This is the kind of music that you’re bound to be stuck on because it has the ability to prickle your deepest sentiments. Breezy guitar tones, soothing basslines and mind-warping lyrics - this one’s a fine example of how catchy things can get in the experimental terrain. The lyrics come in sharp and smooth-just like a kid grabbing hold of his candy and for a change we get strong and bonafide vocal lines and structures instead of rehashed and pretentious ones. This is not another lackluster exploration in the fusion territory; this is the kind of music that is here to break and crush regional barriers and re-establish your belief in fusion again.