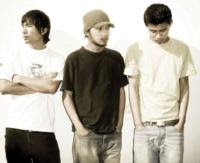 
Ninth Side is a Rock band from Mizoram, formed in 2007. Initially, the band was just a solo homeproject started by the frontman and their lead singer Patrick Luca, a real talented and a true musician. Looking at the ever increasing numbers of rock addicts and the craze for rock music, the band however in April 2008 released a low-budget music video for their very first single called "Blow". The video started gaining enough attention around the local scenario, but yes even the listeners from the other zones started recognising them. Ultimately, the video became a mega hit among the viewers and by then, the band  begin to climb up the popularity ladder. The video deserved it all and incidentally became the most viewed music video of Mizoram within a one week time span. The band was immensely appreciated for their every gig performance in the local region spellbouding many of the rock lovers. Due to their unexpected success on the internet and among local viewers, the band decided to hit the target audience again with their next weapon "All That You Are", and released on April 28th 2008. The frontman, the lead singer Patrick Lura had been invited to participate in the RSJ Great Indian Rock (GIR) a couple of times by many of the famous Indian Bands including 'Friday the 13th' in 2006, 'Cannabis' in 2000, and 'Sacrilege' way back in the 90s. However, due to his strong belief in original and self produced / recorded music, he refused to join any of the above mentioned bands and made a move alone towards his musical career. So, starting from 2007, with the help of childhood friends, an experimental home project was setup, which eventually became Ninth Side. The band loves making original music and does not sell their music.