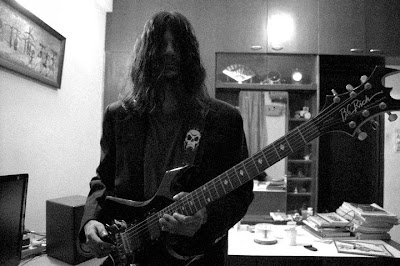 
Nirvikalpa is a one-man Rock / Metal / New Age band from Delhi, formed in 2001. In Sanskrit 'Nirvikalpa' is a sandwich between two words - nir and vikalpa. 'Nir' means no / null / void and 'vikalpa' basically means choice or alternative, therefore immortal. It is a one-man solo project from South Delhi by ex-lead guitarist of 'Misanthrope' turned singer-songwriter Rishi. Right from the early stages till now it has always been a one man band jamming to a drum machine and pre-recorded bass patterns with a few external musicians strictly for rare live sessions. Rishi had the habit of translating his favorite thrash and death metal songs in Hindi for fun when hanging around with his metalhead friends. Somewhere long back, the idea had been revolving in his mind that if underground metal bands around the world were doing songs in their own respective languages, so could Indian metal bands. The thought was simple, to write songs with a totally aggressive and nihilistic attitude in a language that belongs to the place not to entrain mass appeal but as a straightforward denial of the current situation in Indian underground metal to which he wanted to give a distinct Indian flavor without degrading the genre. This also made it possible to reach out to the non-english crowd by breaking the cliched language. 'War Cry' was released on a promotional exposure CD by NY based Kid Antrim Music, 2006 in a heavy metal compilation. 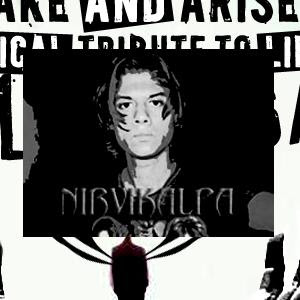