Calcutta Blues is a Rock band from Kolkata, formed in 2005. Within a very short span of time, they have developed their rank in the field of Bangla bands. They have now gained popularity among young generation all over India. Since inception they have appeared on major TV channels like MTV India and Tara Music. They are now performing major music fests and college fests held across India. They have released their debut album 'Rajkanya' On 15th August 2012 and it has become one of the best selling album. 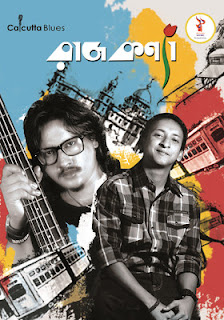