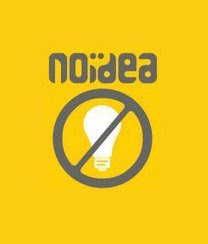 No Idea is a Progressive Rock band from Chennai, formed in 22nd August 2000 as a band influenced by heavy metal, progressive and alternative styles of music playing the covers of bands like Megadeth, Queensryche, Dream Theater and the likes. The inevitable clash of teen egos led to the formation of a more mature band, musically and otherwise. With each of the members of the band having different influences and playing styles, the band is able to successfully fuse as an entity and produce a coherent sound, high on harmonic and melodic content. No Idea is one of a handful of Indian rock acts that have been successful in playing their music to a very appreciative international audience, having toured Norway in the latter half of 2005. Fans of the band's music have drawn comparisons to 80's giants, Toto and Journey. The band is known as one of India's most successful bands with female vocalist. They have performed and won many college fests like Bangalore's Rock for Peace in 2002, Mumbai's Independence-Rock in 2002, Chennai's June Rock Out 2001-2003 and most notably RSJ's Great Indian Rock Festival 2004, 2005 & 2006 at Delhi. The band has also won GIR 2005 judged by John Myung (Dream Theater) and their track 'Journey On' was voted as 3rd best song of 2006 by Rave Magazine. They have released a self titled EP with 7 songs in 2005.