Winter Gate is a Progressive Death Metal band from Jaipur (Rajasthan), formed in 2008. The band started with the name 'Alath' playing Death/Thrash covers. A few changes in the line-up led them to another opening "War Autopsy", a pure Death Metal covering bands like Celtic Frost, Obituary, Six Feet Under etc. Later by the mid of 2010 summers, the band were a bit more complex and experimented progressive music covering bands like Opeth, Death etc. The idea about their sound was a bit out of oblivion as each member was more into same sound. This was the Genesis of Winter Gate, which experiments with their influences. Progressive by nature, they try to put variety of influences in a song and hence avoid being contained in a genre. Driven by Death Metal, pushed by 70’s sound and held by Progressive Rock is what it makes Winter Gate, what they sound. Their track 'A Wreath of Mist' is been featured in a compilation album 'Bastard Sounds Vol.II'. 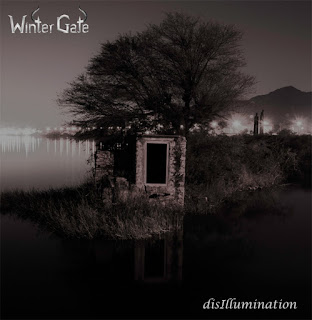