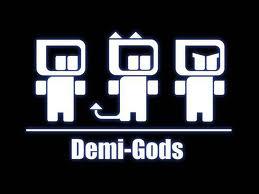 
Demi Gods is an Alternative Metal band from Gangtok (Sikkim), formed in early 2012. They were the winners of Kaalrav, SMIT Manipal Fest (2012) and they have also participated in Red Fest. They were the 1st Runner Up in the Wilfire, Spring Fest Which was held at IIT Kharagpur on 22nd January 2017.