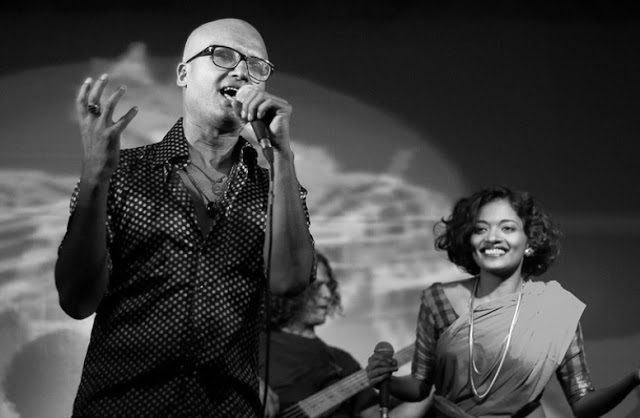 Sridhar & Thayil (S/T) is an Electro-Pop duo from Mumbai, formed in 2007. The duo also have a sister project 'The Flying Wallas: Opera Noir', a two-person opera production. Jeet Thayil is an award winning performance poet, guitarist-songwriter and author of four books. Suman Sridhar is a singer, actor and songwriter trained in Hindustani and Carnatic music, with a degree in Western Classical Music. S/T is known for their sexy groove music, tongue-in-cheek sense of campy drama and genre-bending. Their unconventional songwriting makes opera out of the blues, combines Indian classical music with storytelling, turns a Marathi nursery rhyme into rap and gospel into a feminist anthem. Their music employs theatricality and visual drama as S/T seamlessly play various characters in each song- a drowning pirate growling from the bottom of the sea or a three-year old baby stammering. Their live concerts are grounded in principles of jazz and performance art- chance and improvisation, not without a little bit of chaos. Unabashedly paradoxical, home-made and urban, Sridhar & Thayil exude the organized chaos of Bombay, the city they are based in. Sridhar & Thayil was named one of 9 'Artists To Watch' from 2009 by Rolling Stone magazine, and awarded the 2009 Jack Daniel's Rock Award for best new act in the country. Their tracks has been featured in many compilation like Cloud Ten, Stupiditties III, Stupiditties IV and Stupiditties VI. 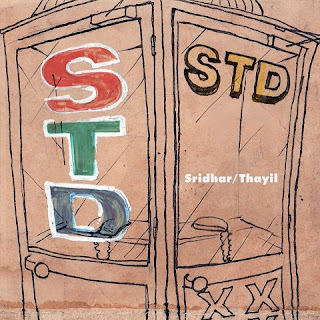